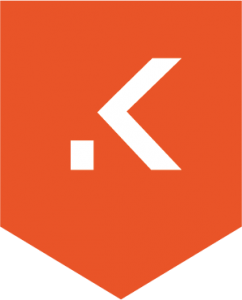 Cruises / Home Port
Kildn shall be developed as a home port for cruise ships, fjord tourism and a fast ferry network.

A port that is a base for cruise ships, fjord tourism and a fast ferry network should generate significant synergies. With up to 15-20,000 daily passengers in high season depending on the size of ships, a variety of areas are expected to benefit.

Kildn is one of a kind. There are no other ports with a similarly holistic concept that combines a port, tourist destination, business park and great biodiversity in such a compact format. That is in itself a strong motivation to cooperate across industries and research, particularly within the marine and maritime sectors.

A gateway to Western Norway

Askøy’s strategic coastal location makes it the perfect gateway to Western Norway’s fantastic fjords. Kildn can become the first of a network of green ports enabling green maritime tourism and a greener cruise industry. Kildn takes the government requirement for zero emissions in Norwegian fjords seriously. We believe that Kildn can make a contribution to constructive cooperation between the authorities, tourism industry, cruise industry and all of the port operators along the coast.

The catchphrase “Norway in one building” came up during our work on the project, and it refers to Kildn’s potential as a unique destination in addition to being a port. As a gateway to fjord tourism, it is reasonable to believe that Kildn could become a key base for destination managers thanks to its steady, year-round stream of tourists.

Before industrialisation and land-based infrastructure linked up the various parts of the country, Western Norway was split into districts and municipalities on the basis of their location relative to the sea. The sea was a resource – a source of food and business opportunities, but above all a means of transport. After industrialisation introduced land-based modes of transport such as trains and road vehicles, and made it possible to dig tunnels, the villages and towns turned their backs on the sea as their main transport artery.

Kildn enjoys a strategic position for developing a fast ferry network. Located on the south-west coast of the island of Askøy, just before ships head in to Bergen under the Askøy bridge, Kildn lies on a natural “roundabout” of the sea lane. Our concept is that Kildn can become a hub for Flesland and the areas beyond in the south, the Port of Ågotnes in the west, Bergen city centre in the east and Solund in the north. It also has good connections to Sognefjorden and Hardangerfjorden[1]. In the area bounded by these four places, there is great potential to breathe life into new destinations for fjord-based day tourism and promote local development.

Given that the hospitality industry is vulnerable to things like pandemics, lock-downs and public emergencies, the time is ripe to reassess the role of the industry. Kildn has everything needed to also act as a key emergency response centre for Western Norway. For example, it could function as an emergency port for quarantining, with the hotel being converted into an isolation zone, and with staff trained in emergency response.

Establishing a branch of Bergen’s new aquarium, with Norway’s largest aquarium attached to a restaurant and visitor centre, would also make it a fantastic tourist destination.

The list of possible functions given here is not exhaustive, because the process of filling the port and determining its functions will depend on the kind of partnership models that are developed.

Login to Kildn
Reset Password
Enter the username or e-mail you used in your profile. A password reset link will be sent to you by email.